Ultrasound scan or USS scan from £239

Dozens of centres across the UK – CQC approved

Any questions? See our FAQ, general questions, email us or chat with us – click below.

An ultrasound scan, sometimes called a sonogram, or in short USS scan is a procedure that uses high-frequency sound waves to create an image of part of the inside of the body. 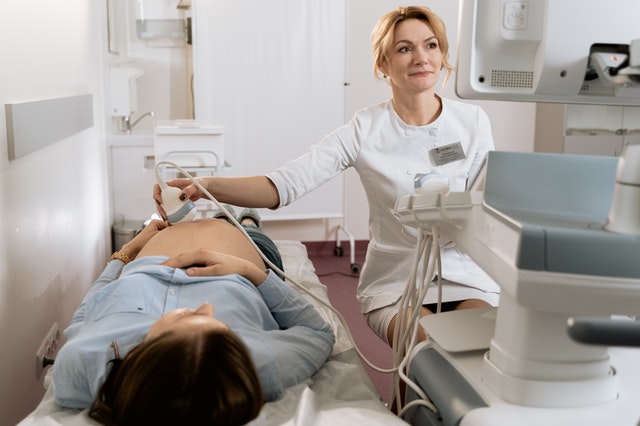 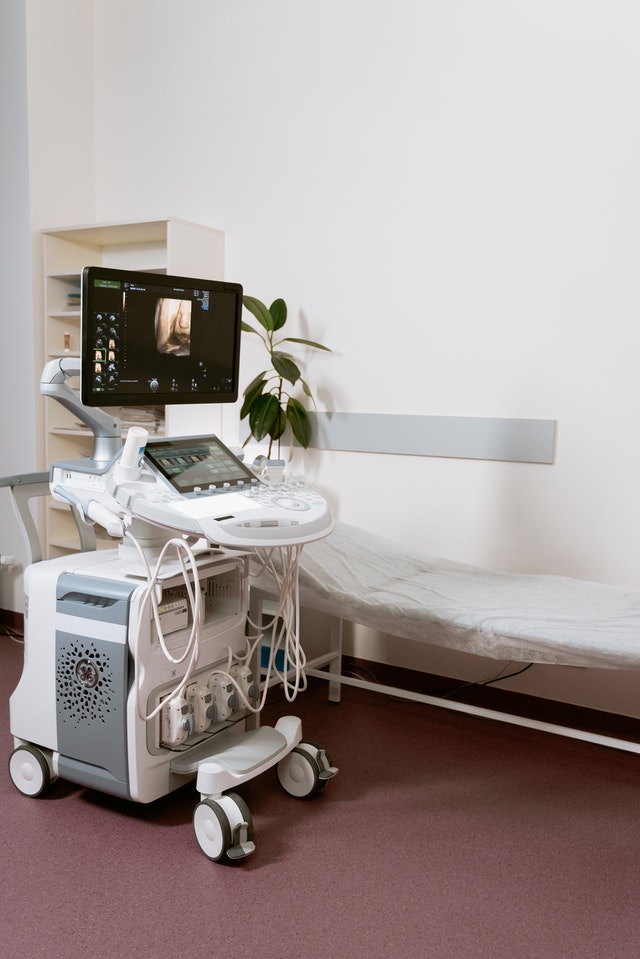 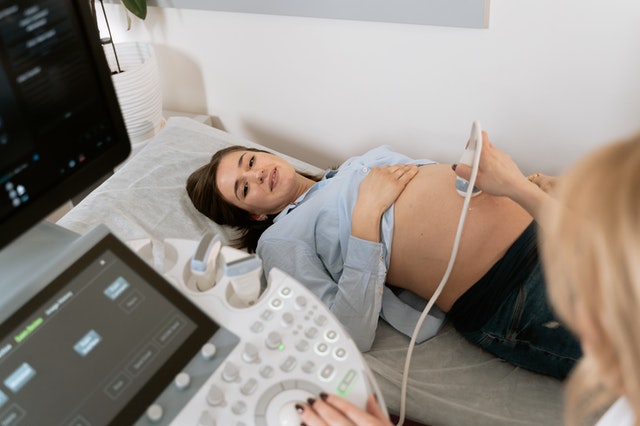 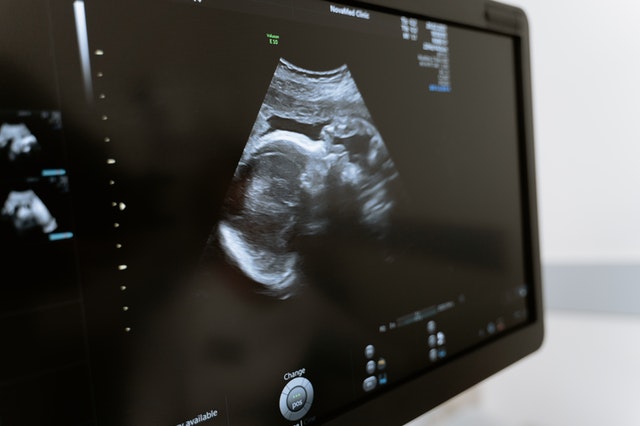 What can be detected by an ultrasound scan / When is ultrasound used?
An external ultrasound scan is most often used to examine an unborn baby in the womb or the heart.
An internal ultrasound scan allows a examination inside the body of organs such as the prostate gland, ovaries or womb.
An endoscopic ultrasound scan examines areas such as the stomach or food pipe (oesophagus).
The results of an ultrasound scan can be used to help a doctor diagnose a condition and to assess the effectiveness of previous treatment as well as to plan future treatment.
An ultrasound scan is used in obstetrics to monitor the progress of pregnancy, in oncology to visualize tumors and their response to treatment and in cardiology, often with contrast-enhanced studies, to investigate heart function and physiology. An ultrasound scan is also used to create images of soft tissue structures of the abdominal and pelvic organs, muscles and tendons.
What happens during an ultrasound scan?
With an external ultrasound scan, a probe is moved over the skin.
With an internal ultrasound scan, a probe is inserted into the body.
With an endoscopic ultrasound sca, a probe is attached to a long, thin, flexible tube and passed, usually through the mouth, further inside the body.
It is important to keep as still as possible during the ultrasound scan, to achieve the highest possible quality of the images. You might also be asked to hold your breath at times. An ultrasound scan of a single body part typically takes around 30 minutes.
Ultrasound versus MRI
Both MRI scans and ultrasound scans allow physicians to look at the body without ionizing radiation, which can be associated with an increased risk of cancer. An MRI scan uses a powerful magnet, which causes the water molecules in the body to align so that the scanner can produce a three-dimensional image. A ultrasound scan transmits sound waves in the body and creates the image by echo detection, just like bats or submarines that use sonar.
Both ultrasound scans and MRI scans can be helpful in assessing the condition of organs and soft tissues such as the breast and blood vessels. However, an ultrasound scan does not pass well through bones or gases. As a result, it is usually advisable to use an MRI scan or other method when doctors need to check what is going on inside or behind organs filled with air, such as skeletons, lungs or intestines.
Ultrasound scanning offers the benefits of fast image production in real time, allowing motion to be observed. Although an MRI scan can provide more detailed images, these take a longer time to obtain and are usually static.
An ultrasound scan does not pose any known risk to human health. Although an MRI scan is considered very safe, it carries with it some risks that may make it unsuitable for some patients. Because an MRI scan uses a very strong magnet to take an image, it can be dangerous for patients who have certain medical devices or magnetic objects such as a nebulizer. In addition, some MRI scans require the use of gadolinium, which can cause side effects in patients with impaired kidney function.
MRI requires much larger scanners and so is more expensive than ultrasound. Sometimes an ultrasound can be used as a base image to determine the source of the problem and then an MRI scan or CT scan used to monitor and see abnormal results in more detail.
How does an ultrasound scan work?
With an external ultrasound scan, a special lubricating jelly is placed above the area of the body to be examined. This gel prevents air pockets from forming between the skin and the ultrasound transducer. During the procedure, this transducer sends out a beam of sound waves into your body. These sound waves are reflected back to the transducer by boundaries, between fluid and soft tissue or tissue and bone, in the path of the beam. Similar principles apply to the other types of ultrasound scan.
What is a contrast agent and when is it used?
To enhance the visibility of particular tissues relevant to the scan, a contrast agent – a dye – is sometimes injected into the bloodstream. The contrast enhances the ultrasound scan and gives extra information about blood flow to help with the diagnosis. Between 2 – 5 ml of the contrast agent will be injected via a small cannula placed in the arm. The most frequently used contrast material for an ultrasound scan is called Sonovue. This is a saline solution; it is not iodine based. The contrast leaves the body, via normal breathing, after around five minutes.
Safety of an ultrasound scan
Ultrasound scans have been used for decades, have an excellent safety record and are generally considered safe. They are based on non-ionizing radiation and so do not pose the same risk as x-rays or other types of scans.
What are the risks and restrictions of an ultrasound scan?
As mentioned above, an ultrasound scan is safe. Nevertheless, ultrasound scans can have a biological effect on the body, for example, an ultrasound scan can slightly heat the tissue. In some cases, it can also produce small amounts of gas in body fluids or tissues (cavities). The long-term effects are currently unknown. Because of the particular interest in the effects on the fetus, some organizations have encouraged the judicious use of ultrasound during pregnancy. For example, an ultrasound scan is only recommended for medical purposes, rather than “fetal memory” photographs or videos. These are perfectly safe if produced during a medical examination and no additional exposure is required.

What can be detect by an USS scan / When is USS used and wat happens during an USS imaging.

USS scan is used in obstetrics to monitor the progress of pregnancy, in oncology to visualize tumors and their response to treatment, and in cardiology where contrast-enhanced studies are used to investigate heart function and physiology. a person’s abdominal and pelvic organs, muscles and tendons, or their heart and blood vessels. Ultrasound is also used to create images of soft tissue structures of the abdominal and pelvic organs, muscles and tendons.

Need more help? Check our FAQ, see our general questions, email us or chat with us – click below.